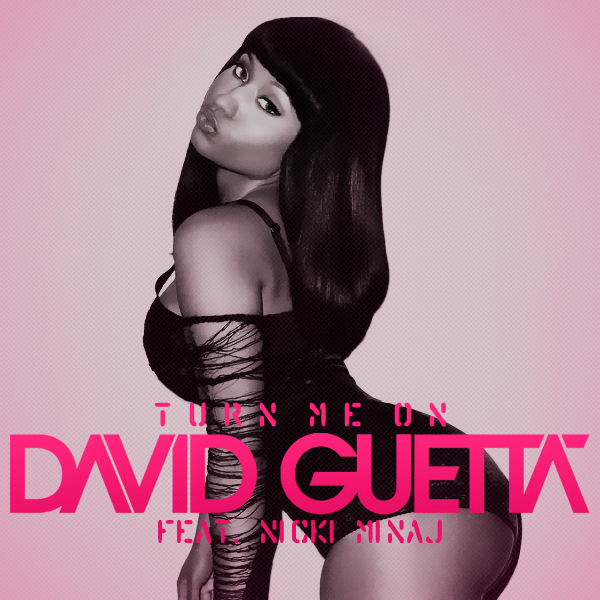 Already growing in popularity across the border of the party scene, David Guetta's latest collaboration with Nicki Minaj is incredibly catchy. The video is a little creepy but I can see where they have taken influence from Frankenstein's Monster. Expect this track to litter the radio stations for the next few weeks.

The show that started it all. A BAFTA. A constant stream of nightclub PA's. Management deals. TV and magazine appearances. A music video. I'm A Celebrity Get Me Out Of Here. Big Brother. Take Me Out The Gossip. It's All About Amy. The Clothes Show Live. Vajazzles! What next...


Pictures and video by Jskyphotography
Posted by Jsky at 18:25 No comments:

This show is nothing short of bizarre. As part of my #E4er duties I was invited to preview the first episode before it aired and offer my thoughts. I sent the following tweet:

Although I'm not in the percentage of people already knowingly about to be hooked into the world that is Noel Fielding, I am fascinated by this show's appeal. Bright colours, crazy characters; very much the lovechild of Alice In Wonderland and Pete Doherty. The absence of plot makes punchlines memorable upon consumption with the likelihood of fan impressions spreading like wildfire. Check it out tonight and see what you make of it. E4 tonight at 10pm.

NEW VIDEO ALERT! Kelly Rowland - Keep It Between Us 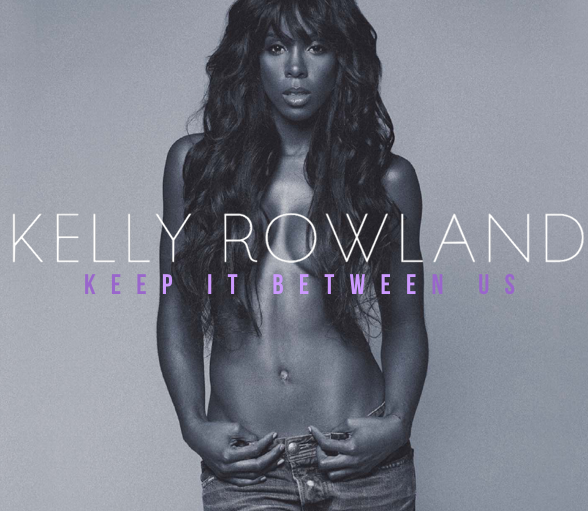 Kelly Rowland returns to her R&B roots with latest single Keep It Between Us; a sultry record with soft backing vocals reminiscent of some of her earlier underrated musical triumphs, such as Better Without You and Bad Habit. The video features a very much loved-up Kelly Rowland. Nicely timed in the run up to Valentines Day.

The Story of Saturday Night: Who The Hell....!? Pulling up to Livingroom in a taxi pumping out Love On Top, dressed like Jsky, who the hell do I think I am!? :D Facebook status update. Few likes. Party mode.

I was dressed in a vest and the loudest looking cropped jacket. My standout oversized earring blowing in the wind, and my eyes painted to cut through even the most flirt resilient. I already had a group of kids taking pictures on their phone, and a group of women call me Prince. Traffic on Deansgate was now slowing down to beep at me as I made my way over to Livingroom. Adrenaline: check. Now to get to our table at the back without causing too much of a stir.

I gave a few quick hello's as I made my way through the crowd. It's always good to smile as you enter a room; sets a precedence. It was great to be re-united with the old gang. Celebrity DJ Colin Francis was booked for a set at the re-opening of Bijou Club so we finished our drinks and headed over. The Bijou Chauffeur was on hand as usual to escort us, but I made sure to empty my pockets to the homelessman on Deansgate prior to boarding. Cold nights always increase my growing concern for anyone homeless.

Bijou Club was rammed, and aflow with people synonymous of other establishments. This didn't seem like a case of rivals keeping up with the competition either. Everyone was there to have a good time notwithstanding the BBM/Twitter rumourmill surrounding TOWIE's Joey Essex making an appearance in town. Sophie Reade messaged to say she was on her way. I told her all about the event I have coming up to celebrate my blog's 1st anniversary. We then proceeded to pull out some cringe-dancing to Rihanna in VIP. I love to dance. Pariah | puh-rahy-uh | noun
A person without status. A rejected member of society. An outcast.

Jsky Recommends: Computer Games To Look Out For In 2012 The world says goodnight to a true musical legend, but not goodbye.

'A force of nature,
Music's original bad girl,
With your platinum hair,
Wild cat eyes,
Your feline-esque sexuality and dangerous voice,
A voice that could be raspy with hardness of pain and turn into silk on the drop of a dime,
The master of Jazz, Blues, R&B and Rock and Roll,
We celebrate your unapologetic boldness, your genius and innovation
Thank you Etta James.' -Beyonce

At the forefront of the #SOPA contentions is the Megaupload scandal. If you don't know, get to know. For the full story follow the link: click. Hollyoaks babe turned Dancing on Ice star Jorgie Porter fronts Nuts Magazine in a feature to get the lads fired up during this cold month. Check her out on Twitter @misJORGIEPORTER.

For the full read get yourself over to www.eliteonlinemagazine.com!
Posted by Jsky at 20:08 No comments:

We are the reason for the sun,
We are one. Skins has always been smart TV, so I was extremely excited about being given the chance to watch the first episode a week or so before it airs as part of my newly appointed E4er status. Disappointment was not on the menu. Set in Morocco I was transported into a new chapter of becoming and adult in a world far too dangerous for naivety to prevail. I submitted the following feedback to E4:

"Fantastic! Takes you on a journey through the full cycle of hedonism; from the joys of being young right through to the consequences of their actions which must make them all face growing up. The ending of guilt is perfect for leaving a lasting impression and making viewers think about how they would cope. This also makes you think about relationships and being honest. Looking forward to the next episode!" Jsky

Make sure you all tune in when the first episode airs on Monday 23rd January at 10pm on E4. If you can't wait until then you can catch it on 4oD this Monday. Follow @E4Tweets for all the gossip - they even follow me!
Posted by Jsky at 21:51 No comments: Another big dose of talent to come from my University are my classmates that formed the band Alvin Purple. Their latest track 'Huh Her' will be available to buy on iTunes soon but their video has just gone viral. Check it out!

Alvin Purple - Huh Her from (b-side) on Vimeo.

The drought will be quenched,
And my thirst replenished,
One drop in the ocean
And the waves came crashing.

The Connection to The Crisis

Music saves, understands and heals,
Opens wounds and reminds of past pleasures,
Corrects vision and explains,
Teaches wrongs and restrains.

The below excerpt is all things that make me weak and strong.
It holds a connection that can still the wind and make life simple again.
I could listen to it all day, and will most probably go to sleep with it on repeat.

By now I'm sure you will be aware that former Miss Manchester '09 Sara Beverley Jones is one of the singletons on Take Me Out. Sara always speaks her mind and is very much the girl next door. If you didn't get chance to see her last night, check her out on ITV catch up and also look out for her in the spin off show 'The Gossip' featuring Mark Wright.

Good Luck to Jorgie Porter on Dancing On Ice Tonight 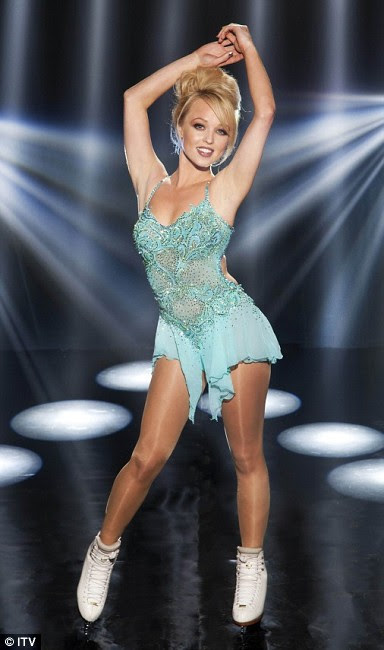 Hollyoaks girl Jorgie Porter, made famous by her role as Theresa Mcqueen is to star on Dancing on Ice tonight on ITV. Jorgie is always a lot of fun to party with. Best of luck to her! Saw this picture online and had to share it. Not the best grammatically, but so very true! Listen.
Posted by Jsky at 00:38 No comments:

Start your new year off with a new morning or evening workout courtesy of Stuart Pilkington. Exercise is always as easy or as hard as you make it, so it is important to remember that when it comes to working out, your results are totally dependent upon your input. Feel like taking things up an extra notch? Check out his website for more great exercise and lifestyle tips at stuartpilkington-fitness-wellbeing.blogspot.com.

Jsky - WEEKEND SONG closes the show on the latest Anthony Lowther/Swankys Podcast Mix....Awakening As One

Anthony Lowther, aka Mr Swankys, has been djing during the latest stint of his world renown themed parties. As of late he has also come to the forefront for his humanitarian vision and clothing label MyDragonFly. His latest mix contains a marriage of his vision for peace and his love for music. The final track featured is a Greg Francis remix of my track Weekend Song! Check it out....

AWAKENING AS ONE by anthlowther
Posted by Jsky at 16:36 No comments:

For the full read get yourself over to www.eliteonlinemagazine.com!
Posted by Jsky at 16:06 No comments: Pretty Little Thing (www.PrettyLittleThing.com) is the new online haven for all your accessory needs and I have an a pretty little 10% discount code for you all to get started with. Enter 'PLT10' at the checkout for 10% OFF and also receive FREE DELIVERY on ALL orders! Jsky loves you.
Posted by Jsky at 21:47 No comments:

My Last Two Nights of Partying in 2011: Eivissa & Mode - A Casino Royale

Pictured: The Only Way is Essex star Mario Falcone [centre] and friends Last year my ambition was to be an independent man. To pay my own way, live alone and be credited on my own merits. It was a tough year, but I kept to my resolutions. I sacrificed a holiday abroad to pay for a mortgage. I took a step back from promoting other people's events to focus on promoting myself, my music and my blog. I also continued to turn down background and TV extra work and concentrated on projects that would be more beneficial to gaining the recognition I sought.

My new year's resolutions for 2012 are as follows:
- To become more involved with politics and charities
- To improve my physical appearance
- To read more often

My main aim for 2012 is to feel free. We are all anchored somewhat by our friends, family, homes and jobs, but I've got a craving for freedom. I'm considering meditating but I don't want to follow any preordained doctrines. I want to teach myself to feel more open and have a better understanding of what I want and what makes me most happy. I think we live in a world that distracts us from who we are and who we can be. We are all very much taught what to want and what to need in an attempt to keep us controlled and unable to gain any real influence or power. This year I would like to start to unlock more of my own capabilities but I would also like to help more people around me.
Posted by Jsky at 23:51 No comments: