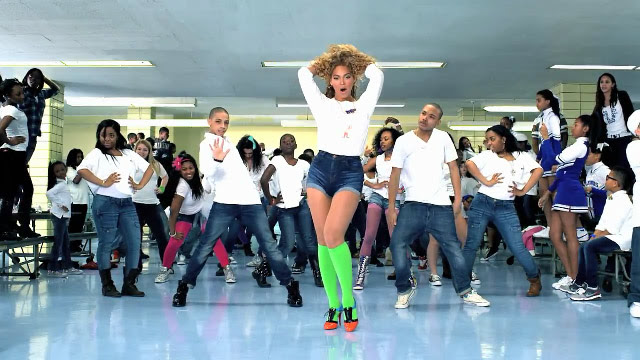 Good grief! As the world anxiously awaits the new video for 'Run The World (Girls)' we get this! A brand new video to the beat of 'Get Me Bodied' as Beyonce teams up with none other than Michelle Obama in a campaign targeted to curb childhood obesity. Get into this!

Last Friday night the gang and I hit entourage for a fun filled dose of Spring Break Geek headed by Matt Peacock and Bradley Howard. As well as being on hand to capture the night in all of it's glory with some JSKYPHOTOGRAPHY magic, I also filmed a collection of highlights which I used to compose the above promo video.

Also check out the below clip 'Geek Guys Go Wild' for a laugh right from the thick of the messiness. 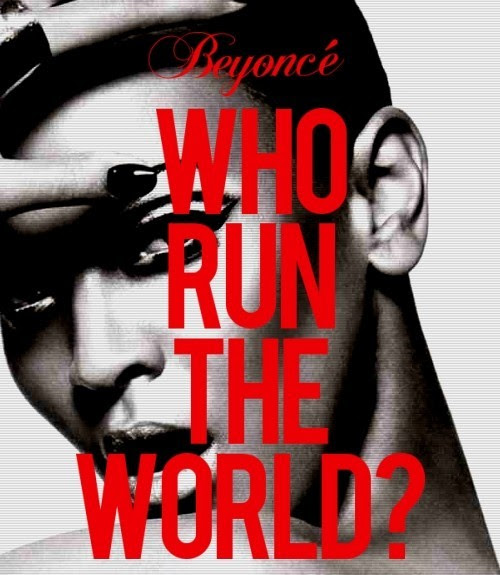 I've heard it, and heard it (and heard it!)....and it is very, very good! I was always going to love it, but I was particularly excited about this as I had heard it was to feature the Bijou Club anthem 'Pon De Floor' by Major Lazer. And what a floor filler this is going to be. Major-ly excited about the video (see what I did there) and seeing her perform it live as no one does live like Bey! Get into this!

Literally the whole of the scene has been buzzing all week with the news of Mikey Fisher's success on Britain's Got Talent. Everyone knows Mikey as a bit of a party boy, but here not only do we get to see his vulnerable side, we also get to see him shine. Best of luck Mikey, we're all behind you! Follow his progress @mikeyscouser on Twitter.

Jaydee Lou's Website Goes Live + She Celebrates Her Birthday With The Monster Girls At Bijou Club THIS SATURDAY!

Bijou Club's latest addition turned it-girl Jade Louise Saleh has been causing quite a stir on The Manchester Scene as of late getting all kinds of attention. This weekend fresh from their European Tour we have the European Monster Girls in town to host, as well as none other than Miss Jaydee Lou's birthday celebrations.

The New Mortal Kombat - OUT THIS WEEK!

Having been a fan of the original when I was very little (haha yes I know this is an adult game!) it's great to see Mortal Kombat return to form. Graphically, I have been blown away by what I have seen so far. I can't wait to get my hands on a copy this week (and get my arse kicked when I play it online).

A few people at work were going on about this video and I was proper out of the loop. Checked it out and it is pretty funny. I'll never be able to listen to Careless Whisper again without thinking of this guy.

Beyonce Knowles has reportedly engaged 200 female dancers for the video to her new single Girl.

She has allegedly splashed out more than 60,000 pounds flying dancers from as far away as Nigeria as well as across America to California's Mojave desert this week.

Francis Lawrence - the director behind Will Smith monster flick I Am Legend'and videos for a string of stars including Lady Gaga, The Black Eyed Peas and Britney Spears- is shooting the big-budget promo.

'Girl' is the first single from Beyonce's fourth studio album - set to be released later this year - and masterminded by Diplo and Londoner DJ Dave Taylor (rumoured to be titled 'Round IV').

The track features a sample from their electro group Major Lazer's 2009 single Pon De Floor - which had a video that featured all kinds of naughty dancing.

This is BIG NEWS!!! Get into it! Also check out her latest shoot; Africa-chic! Her new album is expected to be released around the time when she headlines at Glastonbury. I'm guessing she'll do her first ever tweet @beyonce soon also.

Adapted from DNAIndia.Com
Posted by Jsky at 20:20 No comments:

Invisible strings,
We dance and we sing,
Our choices are what's expected.
We're lied to and blind to
Much more than we'd like to,
Truth remains misdirected.
Posted by Jsky at 23:34 No comments: 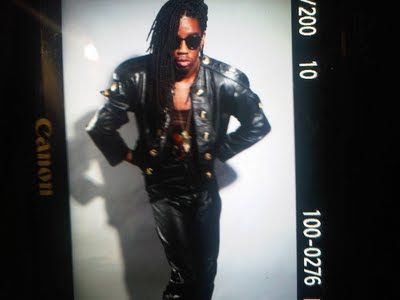 Last night I performed my club smash 'I Need A Lover' at Bijou Club, Manchester. It was so much fun! I'd been involved with Bijou for what was coming up to 2 years now. They regularly play the track, but this was the first time I'd ever gigged in there. Tom 'Da Lips' Lormor, resident Saxophone player was on hand to accompany with his trademark improvisational fills and trills on the intro and outo adding beautifully to what has become known as a killer house track across the North of the UK.

I got a real sense of excitement from the crowd and felt somewhat liberated to whip my hair Willow Smith style in the breaks. The crowd were really feeling me, and I'm not one to blow my own Sax ;). Other local Manchester rising star Malia A and her management, along with various other models/footballers/etc were amongst those in the audience. Camera's flashing, single spotlight, all eyes on Jsky. What a rush!

It was all over too quickly. I'm a real music addict. Back to the drawing board: lyrics; life; pain. 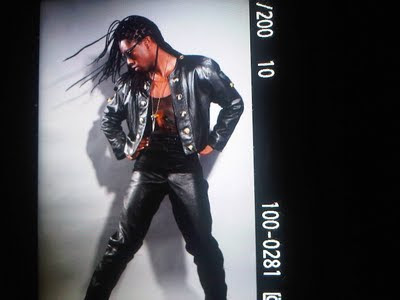 Britney fans will already be going crazy for this. Opinions are still split from her 'live' performances, but this is without a shadow of a doubt the makings of a very well polished pop product. Expect to hear this all over Canal Street....starting....from....NOW! 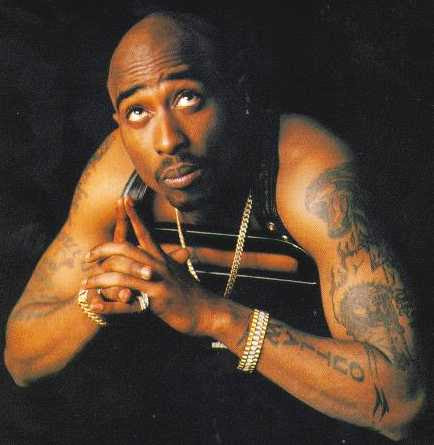 I'm hearing a lot of rumours flying around about the alleged late hip hop legend Tupac Shakur being alive and living in Cuba. The are a number of plausible flaws indicating that his murder was possibly staged and that he will make a comeback in the year 2014. I've got to be honest, whilst on first impressions this seemed like crazy talk....I'm now on the fence with this one. See what you think. 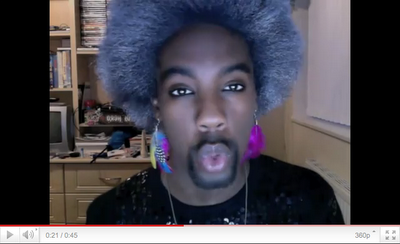 There are a lot of people who measure 'coolness' on the physical. If you were to bump into me Monday-Friday then I would not be 'cool'. As I've mentioned in a previous Facebook status, being cool is being yourself, and there is no greater person to be than yourself.

I also believe that you shouldn't always take yourself too seriously in life. Check out my latest youtube effort and decide for yourself whether Jsky is cool or a fool! (...or a cool fool being uncool!?) 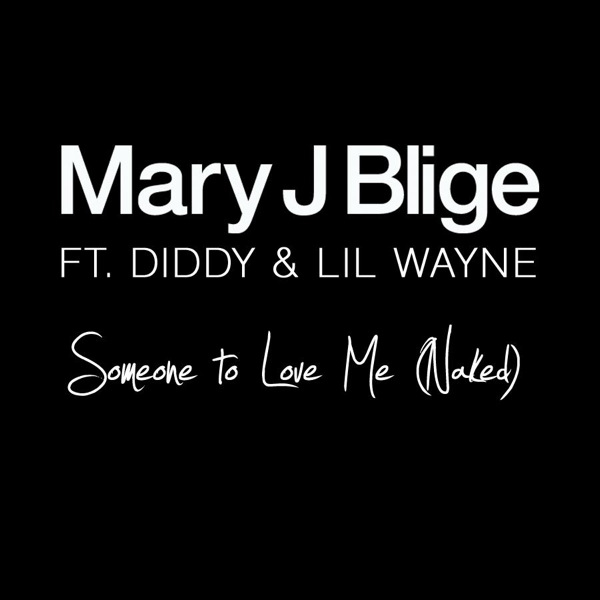 If you were to ask me to sum up Mary J Blige in one word, that word would be 'pain'. Her voice is an illustration of a life rich with experience; good and bad. Her records full of truth. Her spirit unbroken. Her message dignified. And finally, we have a new classic. See excerpt below.

Yes indeedy, Kelly Rowland is back and working up a sweat with Lil Wayne. The thing about Kelly is that her fans are incredibly loyal and patient, so when she delivers like she does on this record everybody falls back in love.

I know that I haven't been updating this blog quite as often as I'd like to. There's a lot you guys don't actually know about me that has been going on, but I'd like to apologise and thank you all for keeping this site alive. More great stories to come...

Please do continue to check back daily.

Ok, I saw this a while ago and I didn't want to post it until I really had to time to think about it and form an opinion. There seems to be a lot of videos out there of songs by successful artists, claiming that they have a hidden agenda. Whilst I do believe that 'sex appeal' dominates the music industry way too much, I wouldn't go as far to label every artist who acts in a way that heavily religion focused individuals deem to be inappropriate as evil. Still, this is some scary ass sh*t.