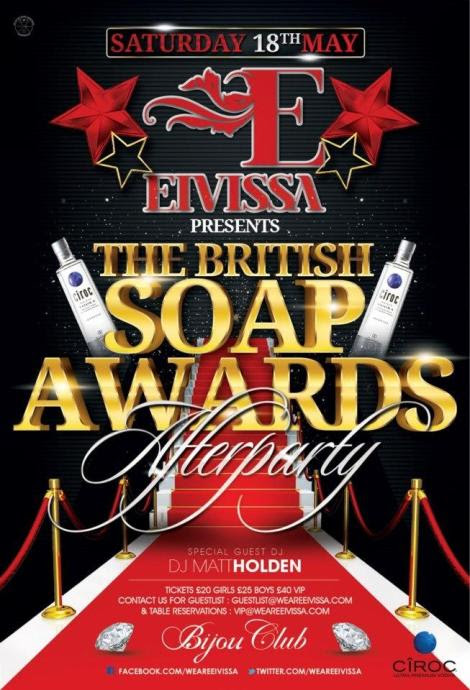 The British Soap Awards Afterparty will once again be held in Manchester at celebrity favourite venue Bijou Club in association with Eivissa. Music is to be provided by special guest DJ Matt Holden.