Beyonce is totally killing my blog right now, and I'm totally unashamed to admit that I will be down to HMV on release day to get her new album. Last night she poured her heart out in a passionate display of emotions in front of a mass of adorning American Idol fans and fellow judges. Loving this, and also the other recently leaked new album track 'Til The End of Time'. Check out the official album tracklisting below.

Congratulations to Beyonce on being crowned with Billboard's Millennium Award at the recent 2011 show. As well as being praised by some of the greats, her mother Tina Knowles went on to present the trophy. Check out her multi-dimensional performance below, and hats off to her for crediting the original Destiny's Child line-up.

The Longing For More 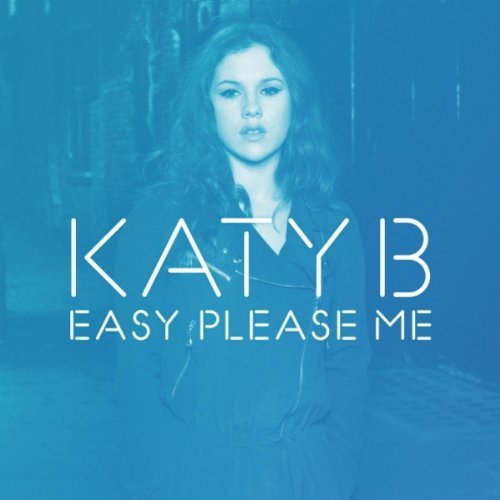 I'm still in the phase of loving Katy B's album; it's definitely of the moment and this was easily one of the album's standout tracks. In the video Katie wears her trademark 'comfy' clothes look with pale/minimal/natural make-up. Check it out below....there's a lot of 'Jack and Danny'!

Drama. Tyranny. Booty. This video is as epic as the song's claims that girls run the world. Empowering women across the globe to shake their tush Beyonce delivers with every punch in what is clearly the best music video around in a very long time. Get into this!

The night began with myself (Jsky), Sarah Lawrence and Jade Saleh en route to Living Room, Deansgate. In recent weeks it has become increasingly difficult to get in, and this Saturday was no different. When we arrived we were told there was no way we would get in as there was a 'private party' in place. Another of the bouncers, however, recognised us and got us inside.

Once inside it became clear of the situation. The entire Manchester United team had booked the tables in the dining area downstairs and were celebrating their win. Much despite the 'strict' door policy in place to entertain such guests, mutton was still very much a dominant factor. Most wannabe wags of today will never be anything more than a bang.

We managed to get a table and were enjoying a quiet drink in preparation for the night ahead; people-watching, catching up, and last minute guestlist requests. The Manchester United team unfortunately sobored me right up though with their putrid attempts at rapping on the mic to Busta Rhymes. This was followed swiftly by the belting out of various football chants for the best part of 20 minutes. Not good.

By the time we pulled up to Bijou Club, the paparazzi were already out in full force and the queue was immense. Upon entry I stopped for a quick photo with Boohoo.com owner and Manchester legend Umar Kamani with Boohoo model Nicole Bailey.

The atmosphere was incredible, and the talent was impressive. Smartly dressed, socially adept and beautiful. Guys in tailor made suits hiding a Men's Health physique like cover model Rupert Padington Gomez, and Jamie Spencer off hit Living TV program 'The Hunks'. Hollyoaks babes and models, like Jorgie Porter (Theresa McQueen - Hollyoaks), Rhian Sugden (The Sun/Zoo Magazine) and Louise Cliffe (Annihilation Earth) effortlessly stealing the hearts of all the men on the VIP terrace.

Chris Fountain and Carlton Delingo put in a spectacular performance on the decks and kept everyone partying way into sunrise; a beautiful sight to the end of a night - albeit it a surreal one. Desperate Housewives and John Tucker Must Die heart-throb Jesse Metcalfe had everyone in awe, including The Only Way Is Essex star Mark Wright. Amir Khan on the other hand looked every bit the perfect gentlemen, representing the North with an air of sophistication in a finely tuned suit ensemble.

Ex-Eastenders actor/I'm A Celebrity King of the Jungle Joe Swash told me he just had to shake my hand, and Hollyoaks stunner Mitzeee played by Rachel Shenton was an absolute delight. Kelvin Fletcher however, was just as cheeky and as charming as ever.

A Caribbean-style BBQ ensued outside into the early hours on the terrace. How ironic that the night started and ended with 'mutton'. A fantastic night was had by Soap Stars and guests alike. Next stop, Sophie Reade's Birthday Party!! 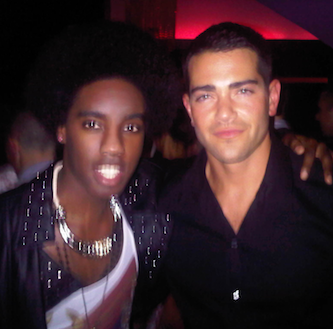 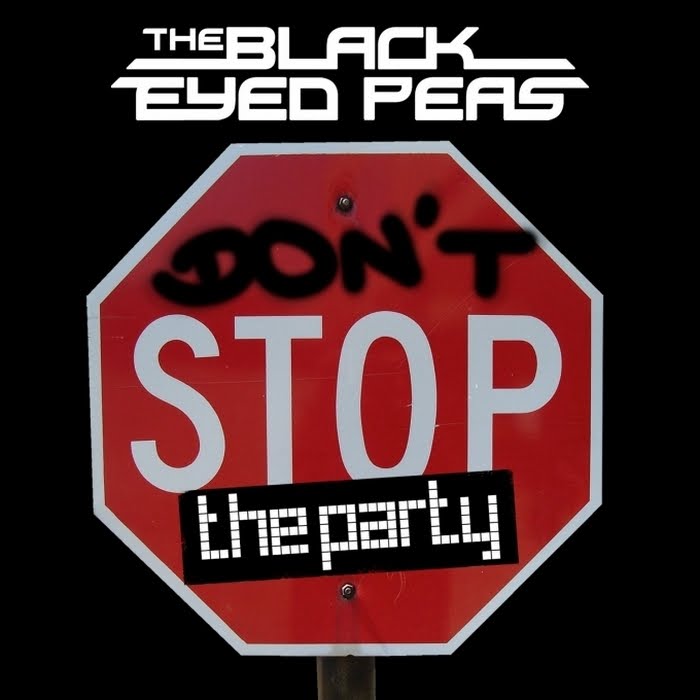 Last night a whole host of extraordinary individuals descended upon the city of Manchester to celebrate Manchester United and Manchester City's victories, as well the British Soap Awards (more on this to follow). In accordance to the fantastic night which did not want to end yesterday, check out the new video by The Black Eyed Peas "Don't Stop The Party". I love me some Kelis and her sexy vocals. Her bold and daring sense of style that embraces culture and breaks away from tradition. This latest collaboration with Calvin Harris is an absolute joy to the airwaves; radio friendly and stupidly remixable for the nightlife hungry. See excerpt below.

The whole world is waiting for Beyonce to take over right now. If you haven't done already make sure you check out the teaser for her new video and get excited! Not long now... 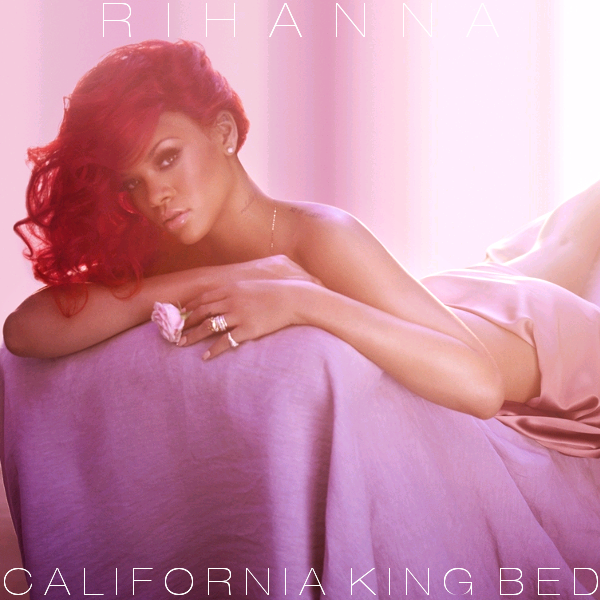 Everyone's favourite Barbadian, Riri is back to her rock-esque ways of 'Good Girl Gone Bad' on her latest single 'California King Bed'. Definitely a bold step away from her current club filled anthems but definitely a smart move in terms of cross appeal with her wider audience. I'm expecting a killer remix for Bijou Club.

Jsky Interviewed For Elite Magazine + Jsky To Have His Own Gossip Column!

A couple of days ago the latest issue of Elite Magazine came out featuring none other than an interview with yours truly. As well as a gentle probe into how my music is progressing, there was the fantastic unravelling of one piece of exciting news.....Due to how well things are advancing and how well the blog is being received by everyone I have been offered my own Gossip Column!

Check out the full interview at www.EliteOnlineMagazine.com on pages 38-39 and stay tuned for more on the gossip column.

In 48 hours, the Ugandan Parliament may vote on a brutal new law that carries the death penalty for homosexuality. Thousands of Ugandans could face execution -- just for being gay.

We've helped stop this bill before, and we can do it again. After a massive global outcry last year, Ugandan President Museveni blocked the bill's progress. But political unrest is mounting in Uganda, and religious extremists in Parliament are hoping confusion and violence in the streets will distract the international community from a second push to pass this hate-filled law. We can show them that the world is still watching. If we block the vote for two more days until Parliament closes, the bill will expire forever.

We have no time to lose. Almost half a million of us have already joined the call -- let’s get to one million voices against Uganda's gay death penalty in the next 48 hours -- click here to take action, then forward this email to everyone:

Taken from Avaaz.org and YouTube User randomusername999
Posted by Jsky at 07:22 No comments:

Nicki Minaj, arguably a 'Lil Kim' for the masses without a shadow of a doubt has gained herself extreme cross-marketable appeal somewhat surprisingly for all ages much despite her blatant use of in your face sex appeal. Featuring on a whole host of big records by the likes of Willow Smith, Britney Spears and Drake to name but a few she now returns to put her solo stamp on the charts again. See except below.

I Remember: The Real McCoy

When I was growing up the BBC used to air a comedy sketch show called The Real McCoy. Due to it's predominantly black audience (although the humour was far from exclusive to anyone, and in good taste) this show was always broadcasted at a ridiculous time in the morning, my guess as the show was considered a 'risk'. The show has still not made its way to DVD or BBC iPlayer so fans who recorded the show on VHS have uploaded clips to YouTube to keep this piece of British TV History alive. In line with today's national vote see excerpt below and also a couple of other clips that I still find funny to this day.

Ok, now this is probably going to sound silly to a lot of you...but when I first heard this track I was skeptical about allowing myself to like it because the lyrics made reference to being 'in love with Judas'. However after scratching the surface I looked past the intentional faux pas blaspheme and saw that I too have been victim to falling for the untrustworthy. The song is very similar in premise to the structure and style of Bad Romance, and the video is just as visually immersing. See excerpt below. 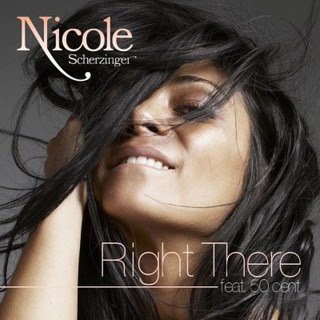 Nicole Sherzinger's back complete with a guest appearance from 50 cent and a smoking hot video to accompany. Perfect timing for 50 Cent who's also got a club smash called 'Bullsh*t & Party' with none other than David Guetta on the way. I wonder if Nicole will be judging on X-Factor again this year??? Hmmm.

Uploaded a few old demo's to my YouTube page whilst getting in the mood to work on some new songs. I've been feeling really creative lately. Can't believe we are almost halfway through the year! Feel like I've really matured a lot this year. Don't get me wrong I'll always have a wild side, I just feel like I've really gathered a true appreciation of what's real and what's important.

Jennifer Lopez has really come back into her stride lately and her role as a judge on American Idol has really cemented her fan base in the States. Her latest track featuring Lil Wayne has a video which reminds me a lot of the old Mariah Carey videos growing up. See excerpt below.

Hey everyone, hope you're all enjoying the bank holiday season and the togetherness that the royal wedding incited. Just wanted to give you all an update on my progress really.

This blog has received over 16,000 views and whilst 65% of my hits come from the UK, over 10% percent of my audience is in America.

Lots of exciting things in the pipeline that I will share with you soon so stay tuned and follow my progess @jskychat on Twitter.
Posted by Jsky at 15:47 No comments: